You must be logged in to put items into your shopping cart. 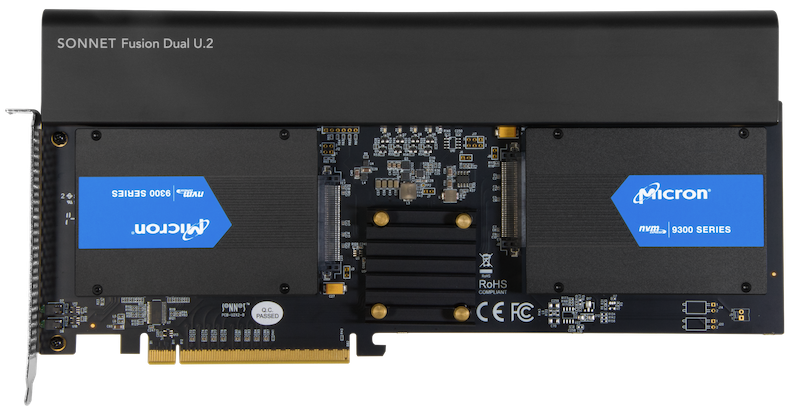 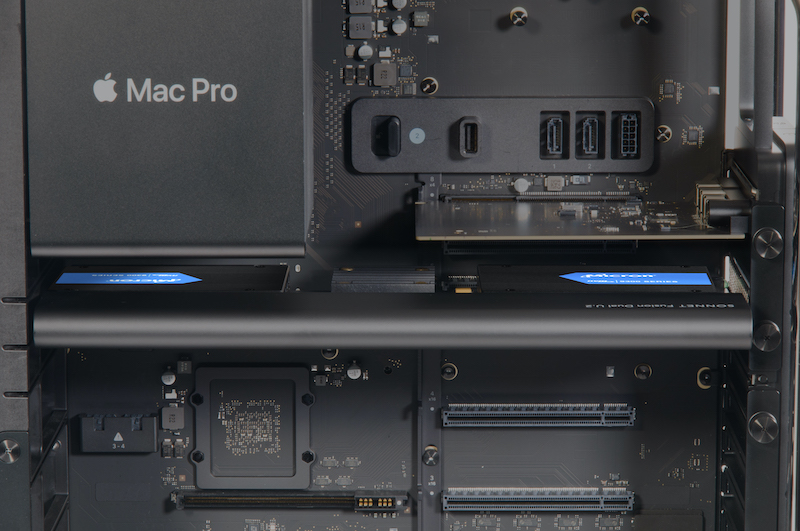 Do you need more storage capacity for your computer? Is super high-speed throughput plus maximum IOPS (Input/Output Operations Per Second) performance critical to your work? U.2 NVMe PCIe SSDs offer both. Sonnets Fusion™ With the Sonnet Fusion™ Dual U.2 SSD PCIe Card, you can upgrade your system in a snap by mounting two enterprise-class U.2 SSDs with up to 32TB or more capacity(1) in a single full-length x16 PCIe Card slot without the need for separate power or data cables, drive adapters or mounting trays.

Install the Fusion Dual U.2 SSD PCIe Card with your SSDs in your system and configure the SSDs as a RAID 0 set for even higher storage performance.

Unlike M.2 SSDs, which require heat sinks to be attached to enable stable performance, U.2 SSDs are designed with their enclosures acting as heat sinks - which means installation is much easier. As a result, the Fusion Dual U.2 SSD PCIe Card requires no fan to keep the SSDs cool enough to maintain high performance at all times.

! You may find more features and application possibilities on the Sonnet Technologies Youtube channel (English language)

© 2021 DataWorld - with from Berchtesgadener Land
By continuing to use the site, you are agreeing to our use of cookies. We use cookies to provide you with the best experience and functionality on our website. Settings for cookies can be changed at any time within your browser.
More information on our cookies.